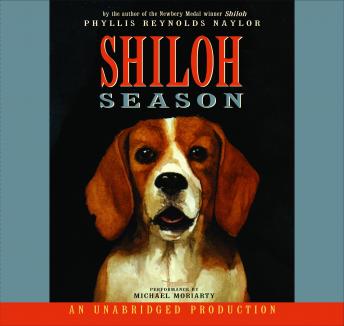 After Marty Preston worked so hard to earn the dog Shiloh, he had hoped that his troubles with Judd Travers were over. He could not rescue all the dogs that Judd mistreated, but since Shiloh was the one who ran away and came with him, Shiloh was the one he loved.

Judd, however, has other problems. Anyone who cheats and swears and lies and kicks his dogs has troubles inside himself, and when the man starts drinking, Marty realizes that Shiloh is in danger once again. As hunting season approaches and Judd begins hunting on their land, the Prestons know that something is bound to happen.

They’re right. Marty does the only thing he can think of to do, and discovers just how deep a hurt can go and how long it takes to heal.