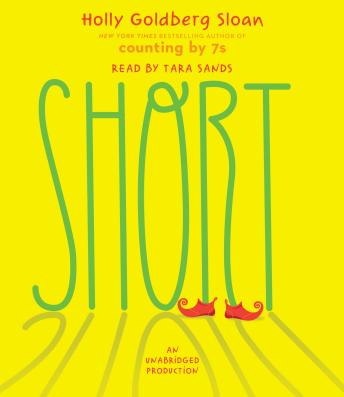 In this heartwarming and funny middle-grade novel by the New York Times bestselling author of Counting by 7s, Julia grows into herself while playing a Munchkin in The Wizard of Oz

Julia is very short for her age, but by the end of the summer run of The Wizard of Oz, she’ll realize how big she is inside, where it counts. She hasn’t ever thought of herself as a performer, but when the wonderful director of Oz casts her as a Munchkin, she begins to see herself in a new way. As Julia becomes friendly with the poised and wise Olive—one of the adults with dwarfism who’ve joined the production’s motley crew of Munchkins—and with her deeply artistic neighbor, Mrs. Chang, Julia’s own sense of self as an artist grows. Soon, she doesn’t want to fade into the background—and it’s a good thing, because her director has more big plans for Julia!

Bubbling over with humor and tenderness, this is an irresistible story of self-discovery and of the role models who forever change us.