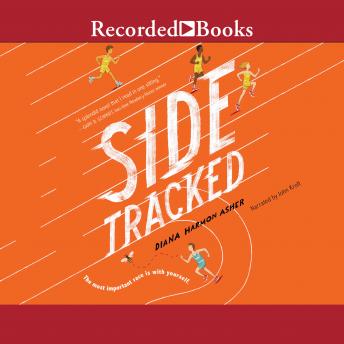 To Joseph Friedman, middle school might as well be the Running of the Bulls. He’s friendless and puny, with ADD to boot, so he spends most of his time avoiding class bully Charlie Kastner and hiding out in the Resource Room, a safe place for misfit kids like him. But then, on the first day of seventh grade, two important things happen. First, his Resource Room teacher Mrs. T encourages (i.e., practically forces) him to join the school track team, and second, he meets Heather, a tough, athletic new girl who isn’t going to be pushed around by Charlie Kastner-or anybody else. At first, track is as much of a disaster as everything else in Joseph’s life. But slowly Joseph hits his stride, and instead of running from the bulls . . . he’s just running.