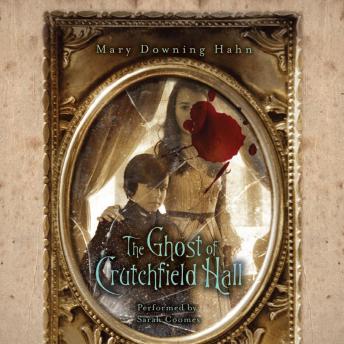 The Ghost of Crutchfield Hall By Mary Downing Hahn Audiobook

When twelve-year-old Florence boards the horse-drawn coach in London, she looks forward to a new life at Crutchfield Hall, her great-uncle’s manor house in the English countryside. Anything will be better, Florence thinks, than the grim London orphanage she has just left.

Florence doesn’t reckon with the eerie presence that haunts the cavernous rooms and dimly lit hallways of Crutchfield. It’s the ghost of her cousin Sophia, who died the year before. Sophia’s ghost seeks to recreate the scene of her death and cause someone else to die in her place so that she will be restored to life. And she intends to force her newly arrived cousin to help her.

Blending elements from classic ghost stories of the past, Mary Downing Hahn pays homage to such renowned writers as Edgar Allan Poe and Charles Dickens while creating a bone-chilling new story of her own.