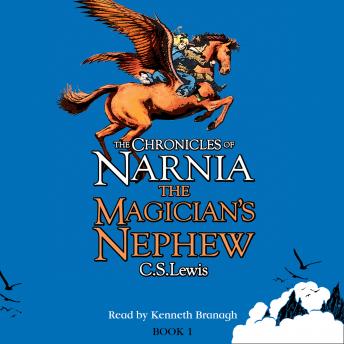 The first in the series of the classic fantasy tales – The Chronicles of Narnia.

Written after The Lion, the Witch and the Wardrobe but designed by C.S.Lewis to be read first, this enchanting prequel – with its story of time travel, sorcery and magic rings – is essential reading for anyone who wants to learn the backstory to the biggest movie release of the year. Hurled back in time to the birth of a new world, two young friends get caught in the epic struggle between Aslan and his nemesis the White Witch.

On 9 December 2005, Andrew (Shrek) Adamson’s live-action film adaptation of The Lion, the Witch and the Wardrobe will be released by Disney, and it is already being hailed as the biggest film franchise of all time, guaranteed to appeal to adults and children across the globe. The second film is already in development.