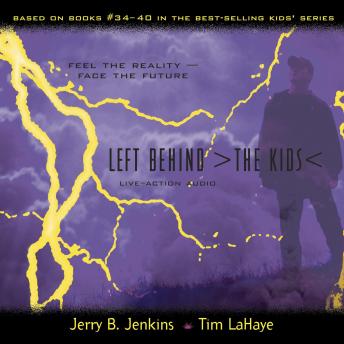 Based on the final seven books (#34-40) in the best-selling Left Behind: The Kids series, these audio theater episodes are filled with impressive action and sound effects that capture the imagination of the listener.

The action follows a group of teens who were “left behind” when other friends and family members were taken by God in the Rapture. All they have left is their friendship, their growing faith, and their hope for what’s about to happen.

The last several years have been tough for them, but in these final spectacular episodes they anticipate receiving the greatest reward. With integrated plots from the books: The Remnant, Armageddon, and Glorious Appearing, you won’t want to miss the fantastic conclusion to this series.