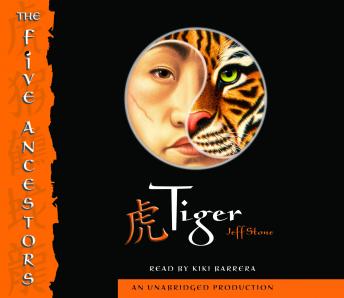 Twelve-year-old Fu and his temple brothers Malao, Seh, Hok, and Long don’t know who their parents were. Raised from infancy by their grandmaster, they think of their temple as their home and their fellow warrior monks—their ‘temple brothers’—as their family. Then one terrible night the temple is destroyed by an army led by a former monk named Ying, whose heart is bent on revenge. Fu and his brothers are the only survivors. Charged by their grandmaster to uncover the secrets of their past, the five flee into the countryside and go their separate ways. Somehow, Grandmaster has promised, their pasts are connected to Ying’s. Understanding that past is the key to shaping the future. Book One follows Fu as he struggles to find out more and prove himself in the process. Fu’s name literally means ‘tiger,’ for he is the youngest-ever master of the fierce fighting style modeled after that animal.