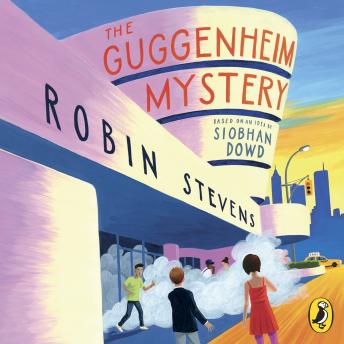 Penguin presents the audiobook edition of The Guggenheim Mystery by Robin Stevens, read by Jason Forbes. Based on an idea and characters by Siobhan Dowd.

My name is Ted Spark. Three months ago, I solved the mystery of how my cousin Salim disappeared from a pod on the London Eye. This is the story of my second mystery.

This summer, I went on holiday to New York, to visit Aunt Gloria and Salim. While I was there, a painting was stolen from the Guggenheim Museum, where Aunt Gloria works. Then Aunt Gloria was blamed for the theft, and I realised just how important it was to find the painting, and discover who really had taken it.